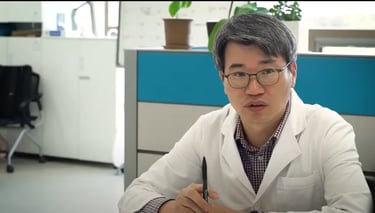 “In July of 2015, I was a member of the radish genome project team. My task was to examine genetic diversity of radish cultivars. Although we did find tons of SNP information from genome sequence data, we didn’t have a cost-effective method for custom SNP genotyping. So I had to design Indel markers and applied them to radish accessions. While I was preparing PCR reactions of thirty 96-well plates, I felt that it’s too ironic to do this sluggish work in the era of NGS and genome. It compelled me to take this picture of the experiment. The PCR reactions and gel electrophoresis took more than two weeks. It was quite laborious work. Even after the job was done, the stark reality of using labor-intensive methods never left my mind, which is what probably led me to my current job.” 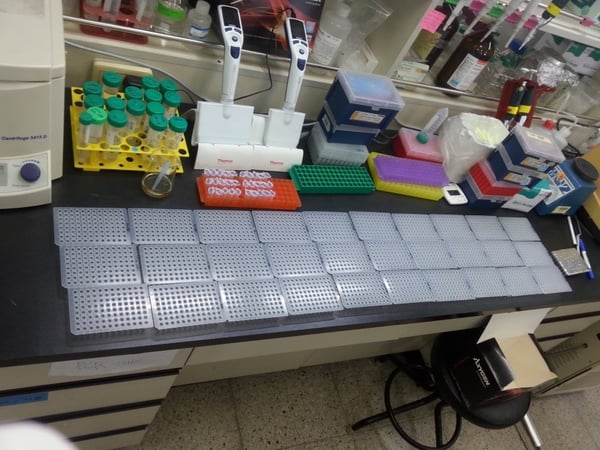 Dr. Young-Min Jeong was astonished at the level of manual labor for preparing his PCR experiments in his research on radishes.

Dr. Young-Min Jeong, who leads the high-throughput genotyping lab at the Seed Industry Promotion Center (SIPC), explains the motivation behind his career. SIPC was built to facilitate growth and development of Korean seed companies. It is run by the Foundation Agricultural Technology Commercialization & Transfer (FACT) which was established under the Rural Development Administration (RDA) to facilitate technology transfer for the agri-food industry, to create the foundation for commercialisation of agricultural R&D outcomes and to provide test services for quality certification.1. From the beginning of its foundation, SIPC and LGC, Biosearch Technologies collaborated to construct high-throughput genotyping services. The genotyping lab is equipped with Biosearch Technologies’ high-throughput genotyping instruments: the Nexar™ modular inline liquid handling and assay processing system which runs a proprietary Array Tape™ consumable and SNPline™ XL, a modular genotyping system compatible with 96, 384 or 1536-well plates. 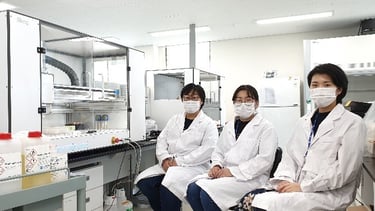 Young-Sil Lee, Jimin Ha, and Wooyeon Kim are seated next to their SNPline genotyping system.

To couple the high-throughput genotyping systems with a robust and cost-effective chemistry, SIPC constructed KASP™ SNP marker libraries for 14 crops. In order to meet the diverse genotyping needs of multiple customers with a limited budget, KASP was an inevitable choice due to its  cost-efficiency and ease of automating. SIPC has more than 1,500 KASP assays for a variety of agrigenomic applications, including trait marker genotyping, seed purity testing and marker-assisted backcrossing. SIPC’s genotyping lab is equipped to confidently execute on more than 100 requests per year from seed companies and research institutes. Last year, the team extracted about 60,000 samples and genotyped more than 300,000 data points. The number is only expected to increase this year, but the lab’s genotyping platforms and chemistry are fashioned to be highly scalable to accommodate increased throughput.

The high-throughput genotyping platform of SIPC is becoming an important junction between researchers and breeders. For example, the RDA developed genome-wide SNPs in rice and cucumber that were validated as KASP markers and then subsequently used for genotyping service projects outsourced by breeders of seed companies. This strongly demonstrates how research labs and the private breeding sector can work together to advance molecular breeding.

“With automated high-throughput systems and SNP markers, genotyping is not a laborious job anymore. I think researchers and breeders should actively utilise high-throughput genotyping. The traditional gel-based gene analysis may save some cost, but you’re wasting valuable time. We can buy your time back.” Dr. Jeong concluded.

Seed Industry Promotion Center (SIPC) was founded in 2016, which is operated by Foundation Agricultural Technology Commercialization & Transfer (FACT) and supported by the Ministry of Agriculture, Food and Rural Affairs (MAFRA). SIPC is located in K-Seed valley in Gimje, Jeollabuk-do, Republic of Korea. K-seed valley is a seed R&D research complex built by FACT based on Seed Industry Development Plan of MAFRA. 54.2 ha of K-seed valley harbors 19 research centers of private seed companies, which includes most of major Korean seed companies. The mission of SIPC is to strengthen global competitiveness of Korean seed companies. For that, SIPC is making diverse support programs, providing molecular breeding services, educating seed experts, and annually hosting Korea Seed Expo. Korea Seed Expo is the only agricultural event in Korea, which runs a demonstration field of more than 500 excellent cultivars. With these efforts, SIPC is becoming a central hub for the Korean seed industry.