Blog / Agrigenomics: how can NGS contribute to global food security? 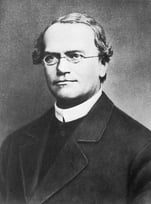 Thus begins Gregor Mendel’s paper, published in 1866, one of the first documented examples of using genetics to develop and enhance varieties of plant crops. He was eventually recognised after his death and is often referred to as “the father of modern genetics”.

Fast forward past the discovery of DNA and the genetic code, and we reach the exciting development of next generation sequencing (NGS) which is now a technology of choice used to develop higher yield crop varieties that can better tolerate drought and disease.

NGS is revolutionizing agriculture, and genomic selection has become a realistic option for our future food supply.

The most complete version to date of the sequence of the bread wheat genome was published in 2018.2 It took 13 years and was a huge scientific challenge due to its sheer size: over 5 times bigger than the human genome, with over 80% repeated elements.

The human genome has about 3 billion base pairs, where bread wheat has around 17 billion, so without a technology such as NGS, this breakthrough would have been tough.

How does NGS for sequence-based genotyping enable scientists to reap the benefits of genomic selection?

Looking at experimental design in this area, single nucleotide polymorphism (SNP) discovery involves 10,000–100,000 markers on perhaps as few as 5 samples, whereas the sweet spot for genomic selection is around 1,000–25,000 markers run on around 1,000 samples.

If one can apply such range of multiplexing using the same technology, it is obviously more efficient. NGS is that flexible technology, allowing one to use targeted genotyping by sequencing methods that can not only screen up to 100,000 markers per sample but also function in that mid-plex sweet spot of 500 to 25,000 markers.

Equally NGS can be used for whole genome sequencing, although in most crops the exome corresponds to only 1–2% of the entire genome, so to be cost effective, it is probably better to focus on the most relevant parts of the genome.

How does NGS-based SNP analysis compare with arrays? 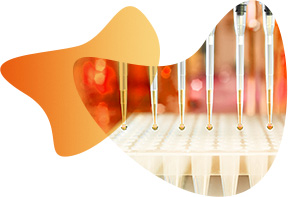 Arrays used to be considered the standard for SNP analysis, but by definition those arrays will only include existing, known SNPs. However, with sequencing-based methods such as targeted genotyping by sequencing, one can find new SNPs and structural variants in flanking sequences of targeted SNPs, and thus easily obtain much more genetic information.

Read more about NGS in our agbio blog, and our post on rice improvement.6

At Biosearch Technologies we understand what real-world breeding programs need and we have bridged the gap in mid-plex genotyping technologies in developing our NGS-based targeted genotyping by sequencing, called SeqSNP. The SeqSNP service has been shown to work for genome wide association studies (GWAS), marker-assisted selection/breeding (MAS/MAB), marker-assisted back crossing (MABC), QTL screening and trait mapping.

Find out more about SeqSNP, our NGS-based targeted genotyping by sequencing service to help scientists make their genome selection projects a reality.

For all NGS applications, data quality is key, and to guarantee this, scientists need to prepare their samples and libraries using industry standard reagents they know work with their chosen platform. All the different critical components must work together, be standardised and robust on the one hand, but also with the capability to select bespoke markers relevant to individual breeding strategies. Biosearch Technologies has these products and capabilities, and when you partner your science with our technology and services, everyone benefits.